Your Top Amazing Restaurants in South Korea are quite many. Koreans have great pride in and a high love for their cuisine, and of late, Korean flavours, foods, and ingredients have found a niche in Western culture. Thus, it’s no longer hard to find Westerners who relish the heat of good gimchi. Bulgogi, bibimbap, and Korean-style barbecue are commonplace today. Similarly, Koreans have likewise developed a taste for Western cuisine, and it’s not hard to find excellent international restaurants in Seoul, Busan, even remote Jeju. Although, these restaurants cater for a younger Korean clientele, wealthy Korean families, and foreigners.

However, people on a budget need look no further than the tiny corner shop for great cheap eats and Koreans love flocking to the push-cart stalls at midnight for a snack before heading home. In addition, the best hotels have fine Western, Japanese, and Korean restaurants, though they are expensive by Korean standards. But visitors to South Korea really should try to breach the language barrier and experience Korean food. From cheap to pricey, Korean restaurants also offer great value and some of the most OK food in all of Asia. Also, see how you can have a beautiful Vacation in Shimizu Island El Nido

However, most restaurants are usually open for lunch and dinner, often with a 3 pm to 5 pm hiatus in the afternoon. Furthermore, estaurants with night-time entertainment usually start their live music at 8 pm, and they often close after midnight.

Below are types of restaurants you will indeed like to encounter in Korea: 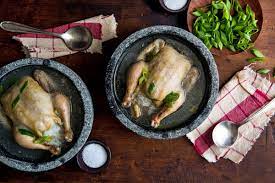 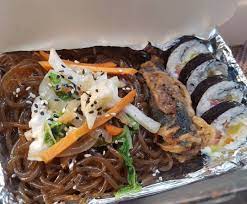 Noodle dishes are a speciality, but some are simple. Some of the popular dishes include; 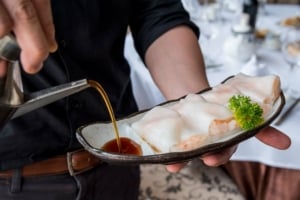 Meat, vegetables, and sometimes tofu stuffed into dumplings and steamed, fried, or boiled in a broth. Chinese-style pastries baked in the restaurant are also available to customers. 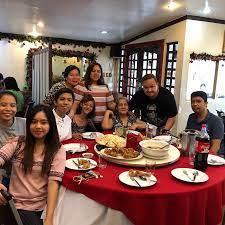 These restaurants are trendy. Designed by a red or green door plaque draped with a red strip of cloth. Also, home-made wheat noodles with various sauces make for a slurpy meal. For example, Jjajangmyeon consists of pork, seafood, and vegetable tidbits stir-fried in a sweet-sour black-bean sauce. Although, larger Chinese restaurants have a more varied menu. 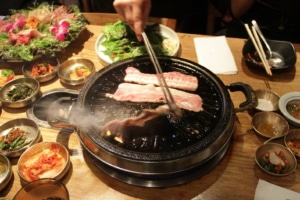 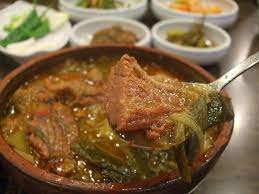 Bosinhada means to build up one’s strength. Thus dog-meat soup, bosintang, is considered a delicacy.  Additionally, other popular Korean dishes include sinseollo – chopped vegetables, meat, quail egg, fish balls, and ginkgo nuts in a brazier; seolleongtang – rice in a beef and bone stew; and bindaetteok – the Korean bean-flour and egg pancake filled with different combinations of vegetables and meat.

Japanese restaurants complete with sushi, sashimi, and tempura (deep-fried battered fish and vegetables) are all over Seoul, and are even more common in the southern port of Busan. However, the Japanese restaurants tend to be on the pricey side, but affordable sushi places are now appearing in office workers’ areas of cities to serve the lunch-time crowd.

Rice with various gimchi, namul (parboiled vegetables), fish, and soup (usually made of soybean paste) is an important orean meal. Equally important, other simple dishes, such as naengmyeon and bibimbap, are often on the menu. Find out more on how to travel on a budget. 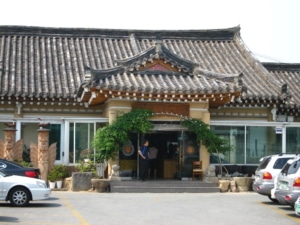 Samcheonggak was built initially for high-ranking government officials, and it was formerly a place for negotiations between North and South Koreans. It’s indeed in a quiet and wooded environment, behind the Blue House, the presidential residence and within a large complex of traditional Korean gardens and buildings that served as a teahouse restaurant, function rooms, exhibition venues, and performance theatres. Consequently, Asadal, fine Korean delicacies are served in the restaurant. 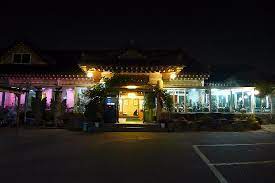 On a little side street in Insadong, Sanchon restaurant serves a wide range of traditional Buddhist vegetarian dishes. Also, there is Evening entertainment. 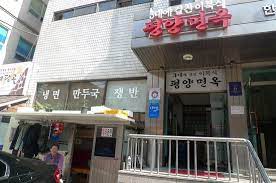 The North Korean style cold-noodle and dumpling shop is unpretentious but a treat for the palate: buckwheat flour and potato starch are used to make the noodles, with the production area adjoining the place where you eat. Dumplings are big and very filling and (according to the owner) represent the North Korean version quite well. 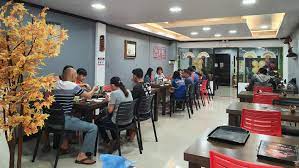 This small franchise store specializes in fresh seafood dishes, such as seafood pajeon and seafood hot pots. Athough, Myeongdong’s location is particularly famous. Look for the 2nd-floor restaurant that has the unmistakable blue squid on it.

While not a restaurant per se, LaSônjae offers a fascinating peek into Silla-era cooking and has classes (currently in Korean only) about how Silla ingredients promoted health and well-being. RSVP for a tour.

7 Vietnamese Tasty Meals For Everyone.