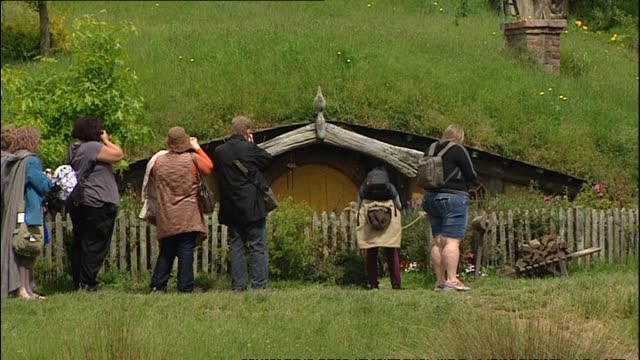 Where is Hobbiton, New Zealand?

Hobbiton Lord of the Rings

Hobbiton, a place in New Zealand, was indeed a significant movie location for “The Lord of the Rings” and “The Hobbit. Although, it was originally a large marshland before it was transformed in the 19th century into fertile agricultural land. Then, a certain family, the” Alexander family “, moved into the area and started a livestock ranch. This was before Peter Jackson began to look for a location for Lord of the Rings. He saw this Alexander farm and decided to use the site. Hence, after discussions and agreements have been reached, he worked on the place and transformed it into something spectacular. Find out how you can travel on a budget.

It cost $84.00 for an adult to get a Hobbiton ticket and consequently be admitted into the set. However, for young people, it should be around half the price, $42.00. Also, children 8 years and below are free. Thus, tickets are bought at the combination gift shop, ticket office. Although, tickets are purchased on an individual basis, with no family rates. Furthermore, admission into the set starts and ends at the ticket office. See the wonders of Ikogosi hot and cold waterfall spring.

The Best Time to Visit Hobbiton

The best time to visit Hobbiton so to beat the crowd and enjoy a better view is on the first tour of the day. Hobbiton, The Real Hobbit Village in New Zealand.

How to get to Hobbiton

Hobbiton, located in Matamata, is a 2-hour drive from Auckland and one hour from Rotorua. However, you get there using your car, or you can engage the services of a guided tour. You can also use the bus at a fare of NZ$50-60. At the Hobbiton entrance, you check-in and take a bus to Alexander farms. The farm is located at 501 Buckland Rd, Hinuera, Matamata 3472, New Zealand.